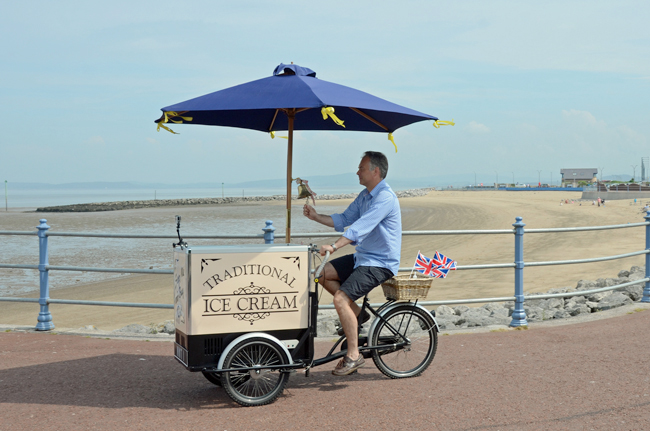 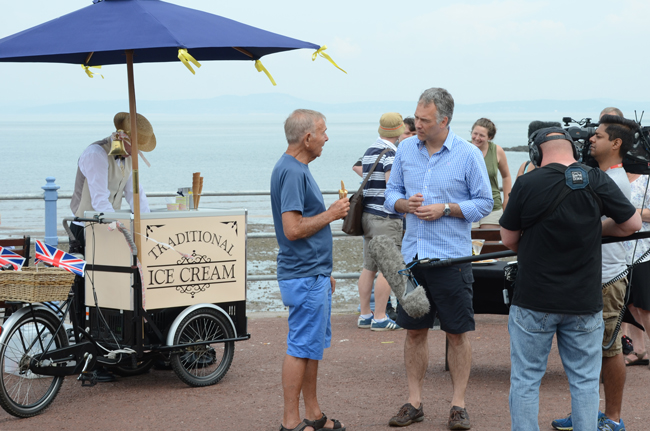 Earlier this month we had a day out beside the seaside in Morecambe where we were giving away free ice cream on behalf of the BBC Northwest Tonight programme who were filming short news items across the North West gauging the public’s current mood on the up and coming EU Referendum on 24th June.

Presenter, Roger Johnson from the Northwest Tonight Team seen here taking one of our tricycles for a spin along the prom before asking members of the public their views on the referendum. We also visited the cobbles at Sandbach and Rochdale town centre where it didn’t take long to create lots of interest – the big question was of course ‘Are you in or are you out?’ As you can see we had ‘IN’ & ‘OUT’ wafers for people to choose with their ice creams…. Who said voting can’t be fun!!